Key Scales Ford can help you shop from home and we are taking extra steps to meet our customers' needs in the dealership. Click Here to Learn More →

Start To Finish - Do Everything Online

We are open for business and are here to serve you. Contact Us with any questions or come in and experience our White Glove Treatment.

*Free Home Delivery- within 10 mile radius of dealership; it will be a case by case basis if home delivery is within 30 miles.

LIFETIME POWERTRAIN WARRANTY!!!!!. 19/26 City/Highway MPG 2018 Cadillac XT5 Premium Luxury FWD 8-Speed Automatic 3.6L V6 DI VVT 4D Sport Utility Key Scales Ford is your home for new and pre-owned Fords in Lake County, Florida. We are the closest Ford dealership to The Villages. We invite you to come for a test drive, schedule service or talk with us about your current vehicle. Our dealership is pet friendly so bring your 4-legged friends and stop by. It has been our pleasure to serve all of Central Florida for 42 years. Our customers travel from The Villages, Eustis, Mt. Dora, Tavares, Fruitland Park, Ocala and right in our backyard here in Leesburg. We would be happy to help you in any way we can, no matter where you are at in the shopping process. Experience the difference here at Key Scales Ford in Leesburg where customer satisfaction and service are our #1 goals! Please let us know how we can help you find the right vehicle to meet your needs.

Model Overview
At the heart of the Cadillac XT5 is a 3.6L naturally aspirated V6 engine, the same unit that powers Cadillac's ATS sedan. In the XT5, the engine is rated at 310 horsepower, and unlike many of its rivals, the XT5's engine makes its power smoothly and with the kind of refinement that simply can't be replicated through turbocharging. Despite its lack of a turbocharger, though, the XT5 is plenty fuel efficient, thanks to modern advances in technology. Start/stop tech allows the engine to shut off in traffic, while cylinder deactivation allows two of the cylinders to shut down when the engine is only at part throttle. Power is sent to either the front wheels or to all four wheels via a refined 8-speed automatic, the only transmission option.
The XT5 comes in four different trims: Base XT5, Luxury, Premium Luxury and Platinum. All but Premium Luxury are driven by the front wheels as standard, but all-wheel drive is available on those trims. The base model comes equipped with most of the features one would expect on a near-$40,000 vehicle. Standard items include an 8-speaker Bose stereo, Cadillac's CUE infotainment system, an 8-inch color touchscreen, an 8-way power adjustable front driver's seat, SiriusXM satellite radio, dual-zone automatic climate control, remote start and a 5.7-inch color driver information center in the instrument panel. Exterior features include 18-inch wheels, roof rails, heated mirrors, and a power rear liftgate.

The top-of-the-line Platinum trim pulls no punches when it comes to luxury. With its standard all-wheel drive, the Platinum trim includes heated rear seats, tri-zone climate control, a rearview display mounted in the mirror, a head up display, a no-touch feature on the power rear liftgate, unique 20-inch wheels, a more advanced security package and an 8-inch high definition gauge cluster. 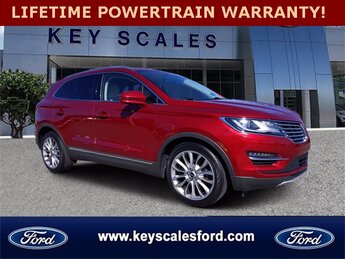 * Pricing -  All vehicle pricing shown is assumed to be correct and accurate. Incentives, credit restrictions, qualifying programs, residency, and fees may raise, lower, or otherwise augment monthly payments. Additionally, incentives offered by the manufacturer are subject to change and may fluctuate or differ based on region and other considerations. Unless otherwise noted or specified, pricing shown does not include title, registration, tag, tax fees and costs. Our dealer fee is $699.

* MPG - Vehicle information, as well as features and other inclusions, may vary by model and are based exclusively on standard equipment. No claims, warranties, or guarantees have been made related to the accuracy of customer payments, model equipment, or vehicle pricing. Please call with any questions you might have and to reassert the accuracy of any information presented here.

Use this shortened URL to share your current search results.